Gary Robinson: From Prison to Believing in Your Genius 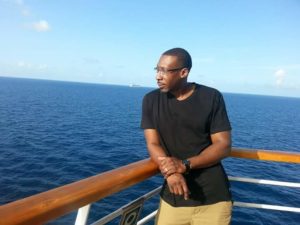 Gary Robinson is an author and speaker whose search for purpose began after being arrested and sentenced to 15 years in prison. Ultimately he made changes that led him to inspire others to believe in themselves and the genius that they have inside.

Gary talked about being arrested at age 20 for armed robbery and his “rewired moment” when he was sitting in his jail cell and realized that he needed to change. The way he’d handled things up until that point didn’t work. He prayed not to leave jail as the same type of person he was when he came in.

He spoke about his childhood – watching his mom get arrested and being raised by his great-grandmother. He was surprised to find himself put in a Bible study group in prison by a relative he knew from his youth; reuniting with his cousin and how that experience helped him get out of the fixed mindset he was in. During that time he also met Lester Young. Among a few others, Lester was a tremendous influence. If you haven’t heard my interview with Lester, you should. The inspiration and wisdom shared between these two gentlemen is incredible, and the fact that Lester’s intervention in Gary’s life was so profound will come as no surprise.

Hitting rock bottom and recognizing that you need help can be a treacherous journey, and Gary’s experiences are truly the epitome of that.

He recounts Robin Sharma’s quote, “Delete the energy vampires from your life, clean out all complexity, build a team around you that frees you to fly, remove anything toxic, and cherish simplicity, because that’s where genius lives.” His approach to life now is simple – figure out your purpose and be great at it.

You can buy a copy of his book Mining the Diamond in You: A Journey of Reinvention and Transformation here.