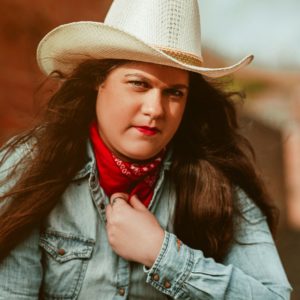 Jessie Shedden is an author and a mindset/confidence coach.

She grew up as a member of what is considered by many to be a cult, the Plymouth Brethren Christian Church. The church rejects all claims that they are a cult and describes themselves as a “mainstream Christian Church”, but as we speak to Jessie, you can make your own determination as to their structure.

As a 4th generation member Jessie shares some of the things that occurred while a part of the church and how she helped her dad with some the businesses he looked to launch as a member as well as what her life was like up to the point she decided to leave.

Jessie recently lost her mother and the relationships that she once had with other family members, including her father are now tumultuous or non-existent.

Her focus has shifted to seeing herself as a powerful, strong, blessed and wealthy woman, coming from a situation where everything was run by men and women were viewed as subservient, meek and quiet.

Books she would recommend are Take the Risk by Ben Carson and The 6 Pillars of Self Esteem by Nathaniel Branden.

You can buy her books about her own experiences, Tomorrow’s Not Promised: Mistress of her own Destiny here and Those Boots are Made for Walking: One Woman’s Quest for Freedom here.

Tips On How To Build Your Confidence

To land a job, you need to be ready to brag about yourself, to tout your abilities and to interview…
Continue Reading →

What Your Resume Really Needs

Resumes are the source of questions: Will my recruiter read my whole resume, or just skim it? Should I include…
Continue Reading →

Two Interview Questions You Must Be Prepared to Answer

One of the best ways to stand out as a job applicant is to interview well. It is important that…
Continue Reading →

Competitors Are Putting Down Their Swords

In a continuation of conversations with leaders during the Covid-19 pandemic, I had a great opportunity to share time with…
Continue Reading →

Most Common Type of Accident

Rear-end collisions are the most common accidents. In an even narrower way, the more common type is when merging into…
Continue Reading →