An Inspiring Interview with Raoul Encinas 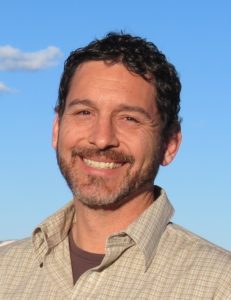 Raoul is not only an incredible man, but is an exceptional speaker, mentor and trainer. As the Founder of CoMotiv, Raoul’s rewired moment occurred in September of 2009. He was hiking in the Grand Canyon and initially thought he was having an allergic reaction. After meeting with doctors and having an exploratory surgery at the Mayo Clinic he discovered that he actually had a rare type of cancer. A cancer that has a 13% survival rate.

He was told to get his affairs in order.

During his treatment, he turned to fantasy football to help him cope with his cancer. He also did a lot of reading. One author who Raoul turned to during treatment was Viktor Frankl. Frankl’s quote, “The last of human freedoms is the ability to change one’s attitude in a given set of circumstances” was his source of inspiration.

Through his battle with cancer and having to count life’s successes in 15 minutes increments, Raoul realized that it is easy to forget what we’ve accomplished in our lives and how easy it is to take things for granted.

Some of the books that he mentioned as being helpful to him were Man’s Search for Meaning by Viktor Frankl, Anyway by Kent M. Keith, Maverick by Ricardo Semler and Self as Coach Self as Leader by Dr. Pam McLean