Stephen Andert – From 300 Pounds to Ironman 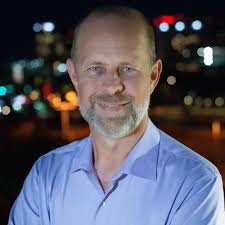 His friends were very concerned when Stephen tipped the scale at over 300 pounds. He didn’t really give a second thought until June of 2005, when his 13-year-old son came to him with the idea of participating in a marathon.

Stephen used to run when he was on his high school swim team but decided a while ago that he really wasn’t cut out to be a runner. Nonetheless, he and his son decided to train for a half marathon right before January of 2006. Since that first competitive run he has competed in 2 Ironman competitions and several full marathons. He is now challenging himself to complete a marathon in all 50 states, with 8 under his belt so far.

He just finished his second book, Surviving Business Travel. It offers tips on how to better handle business travel and how to enjoy what can be a tough task for many – much like running used to be for him!